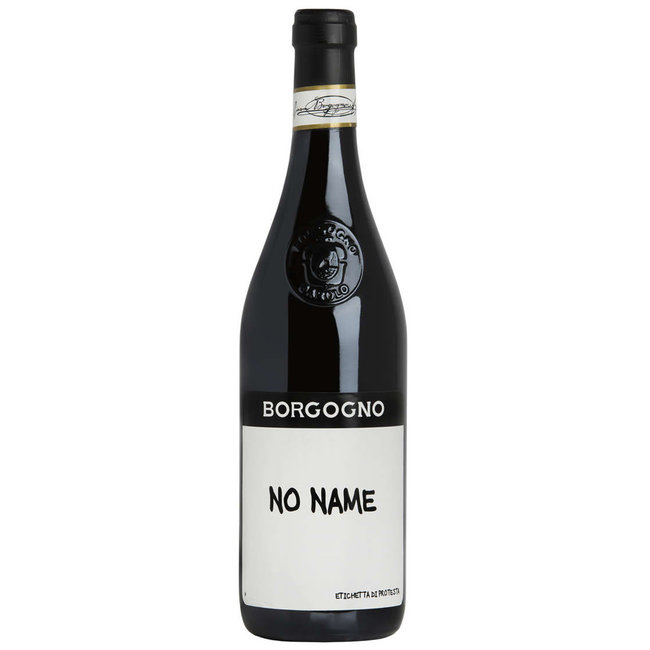 In 2005 Borgogno submitted a cask sample of Barolo for routine evaluation by the regulatory commission who chose to deny the wine its DOCG status, not due to any glaring faults but because the wine was considered stylistically irregular for Barolo. Such was the ire of the 250 year old estate that in every vintage since Borgogno has chosen to voluntarily declassify a cask of their DOCG Barolo - drawn from the famed crus of Cannubi, Fossati and San Pietro - to Langhe Nebbiolo DOC status as “a quiet protest against the bureaucracy that afflicts Italian winemakers.” Borgogno stridently calls the wine ‘No Name’, about which Antonio Galloni offers this: “Consumers should take note: this is one of the best values in the world of wine.”

It’s a Barolo really, and from Barolo (Cannubi, Fossati, San Pietro), but there’s ‘etichetta di protesta’ marked on the front label, a comment on the declassification of one of their wines some years back.

Serious wine here. It’s packed with deep earthy tannin, dark cherry and raspberry, suede leather, dried herb and spice, a little liquorice. Firm, but fresh, a lot of bass and defined by that ferrous and damp soil character. Long too, and as it goes, it releases a little perfume and strawberry; the promise of things to come. Dead set bargain. Drink : 2023 - 2036 94 points Gary Walsh, The Wine Front

This so-called protest label was created when this former-Barolo was declassified to Langhe status. As a joke, the wine was dubbed "no name" and the moniker was destined to stick. The Borgogno 2016 Langhe Nebbiolo No Name is a good wine to keep in mind when you're looking for standard Nebbiolo typicity at a more attractive price point. This is a bright and easy expression with layers of cherry, cassis and blackberry. You also get light touches of licorice, tar and iron ore. Drink 2020-2026 89 points Monica Larner, The Wine Advocate