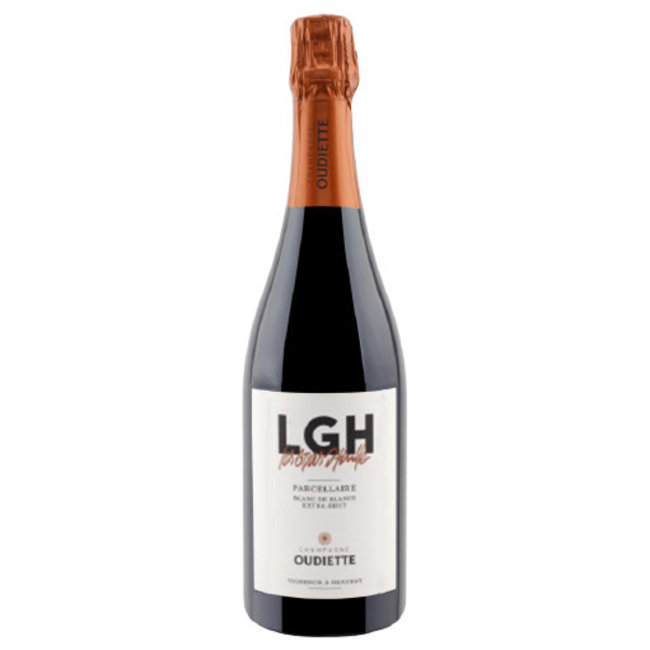 Maxime Oudiette's debut release is the NV Extra-Brut Blanc de Blancs Les Gras d’Huile, a cuvée based on the 2017 vintage, complemented by some 28% reserve wines from a new solera, established in 2015. Disgorged in June 2020 with two grams per liter dosage, it's showing beautifully, wafting from the glass with notes of citrus zest, fresh bread, crisp yellow orchard fruit and smoke. Medium to full-bodied, fleshy but incisive, it's elegantly textural and enveloping, with racy acids and pillowy mousse. This is a fine effort from this promising new producer, and well worth seeking out. 93pts WILLIAM KELLEY, Wine Advocate.

This was my first visit with Maxime Oudiette, another thrilling discovery among Champagne's new generation. This is the first release of a small label—a mere 1,200 bottles—from the little-known village of Beaunay, home to only two producers and a mere 40 hectares of vines. Oudiette is a pharmacist by training, but he was inspired to change directions while working at a wine shop in Avize. After an internship with Selosse, he took over the family vines. He stopped using herbicides and today uses only one chemical treatment per year, contemplating a transition to organic certification. Grass grows between the rows with under-vine cultivation. Pinot Meunier dominates in Beaunay, complemented by some 30% Chardonnay and a mere 2% Pinot Noir. Vinification is in oak barrels, with minimal topping up, and unrefined organic cane sugar is used for both liqueur d'éxpedition and dégorgement. This first release is immensely impressive, and if it's indicative of what's to come, then importers will want to beat a path to Oudiette's door.