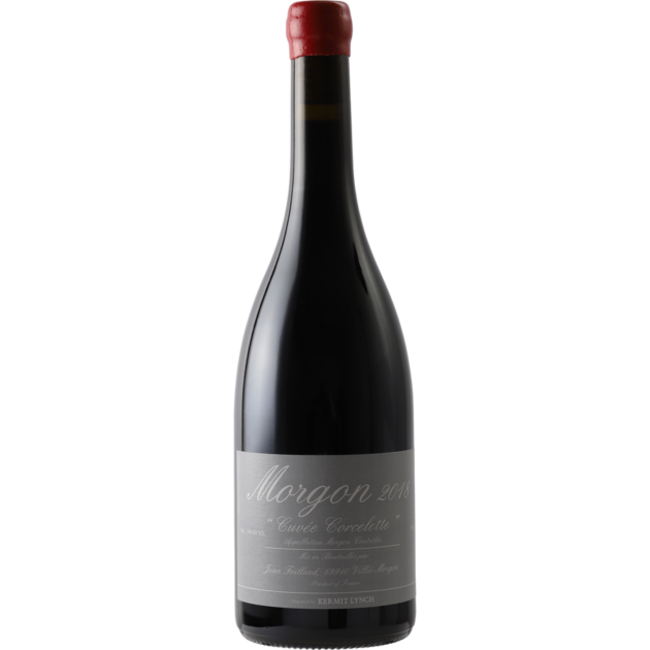 As I wrote last year, it's an open secret that this is one of the region's finest as well as most consistent addresses, and followers of the estate won't be disappointed by the newly released 2018. Jean and Agnès Foillard's first vintage was in 1981, but it was in 1985 that Jean began to work differently, influenced by his neighbor, the late Marcel Lapierre. Lapierre followed négociant and microbiologist Jules Chauvet in rejecting selected yeasts and manipulative winemaking in favor of minimal effective sulfur dioxide and carbonic maceration at comparatively low temperatures. Today, Foillard remains true to that approach: His Morgon cuvées see some three weeks of maceration in tank before gentle pressing and élevage in used Burgundy barrels. Chaptalization is eschewed. He also gives his wines a little bottle age before release. Despite his identification with the natural wine movement, Foillard has no tolerance for slovenly winemaking practices or flawed wines, and his bottles are typically models of aromatic purity and graceful aging. I regularly purchase these wines for my own cellar and warmly recommend them to readers. William Kelley End of May 2020, The Wine Advocate

Importer Notes;
Beautiful garnet colour with magenta hues and and irresistible nose of crushed strawberries, stones and minerals. The soils here are sandy over decomposed pink granite. Often the most gentle and most immediately attractive release from Jean, this again is very svelte. Superb mouthfeel, silky bright and attractive. A big, silky dimension - finishes fresh and clear. A great Corcelette.