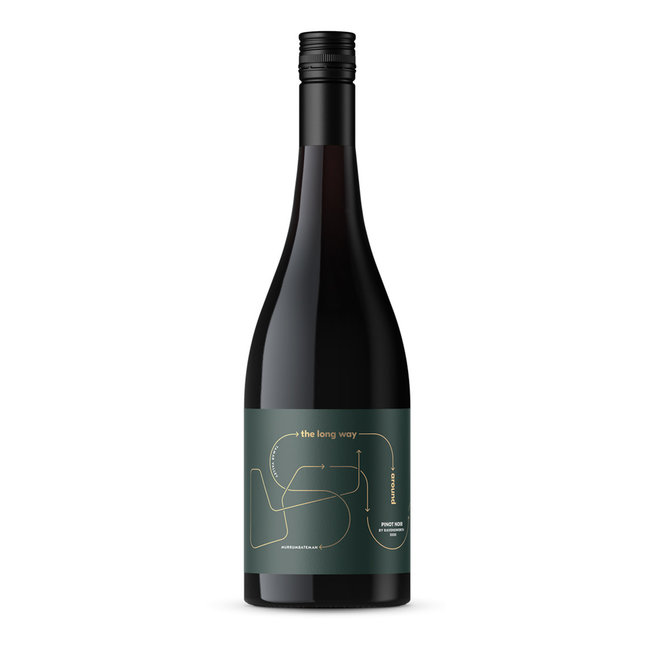 Tamar Valley from Bryan Martin, a man with two first names, albeit with the first one spelt incorrectly. Made, I believe, by Ricky Evans, who also nearly has two first names, but for an ‘s’.

Really good inviting style here. Frisky pop of woody spice and dried herb, almost a chinotto-like scent, over jubey red cherry and other red fruits. It’s silky and smooth, again with a pinch of Italianate bitterness, though has  juicy red fruit to temper. Fine powdery tannin, brightness, and loaded with drinking appeal. Such fun, with a little bit more. Plus one point for being so jolly gustatory. 94pts Gary Walsh, www.winefront.com.au

One of the high points in 2020, there weren’t many, was getting access, a foot in the door, of some tassy Pinot via my good friend Ricky Evans of Two Tonne Tasmania. He is way past the name on his brand yet still works in these small batches which is a tramp-stamp of a good winemaker.

Probably to least interaction was had with this wine. Ricky sourced the fruit, sent a couple of photos but then really did everything short of writing this column. Tamar Pinot does stand on its own legs, the climate can produce all four seasons, sometimes, as the song goes, in one day but it definitely cool climate for Pinot which is usually picked in mid-April.

Tasting Notes
Full-flavoured, bright red fruits with a snippy herbal note, earthy florals and wood-spice seem to trawl the depths of my sensory ability. Greater minds will pass on their thoughts but for me, its a winner and I’m hoping young Ricky can deliver more of the same in 2021.