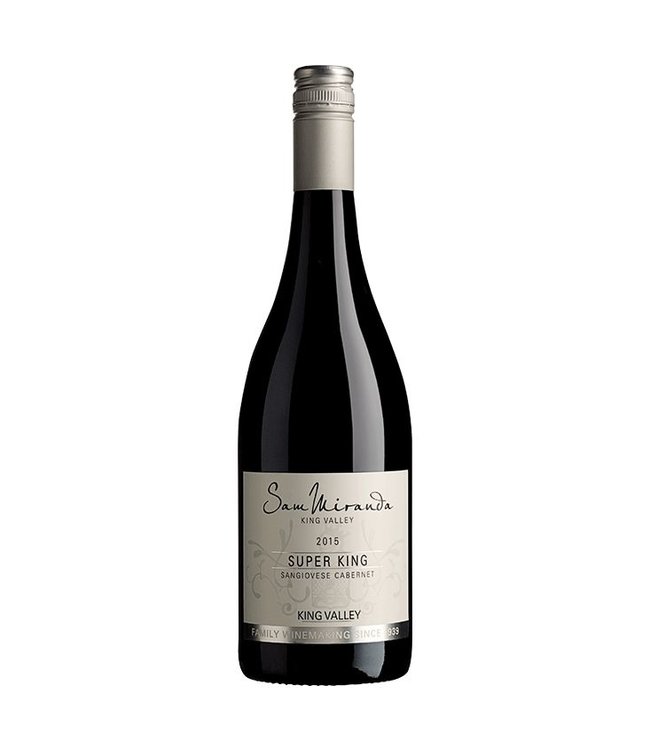 THE WINE
The Super King blend is designed to be a soft textural and savoury wine based around the Classic Sangiovese varieties dark cherry and subtle tannins balanced with Cabernet Sauvignons length of palate and a touch of Shiraz’s juicy fruit flavours.

WINEMAKING
Gentle handling of the fruit during fermentation and aged in French oak barrels for 18 months. A wine style that will suit a wide range of classic European cuisine that can be enjoyed now or over the next 10 years.

VITICULTURE
Both varieties were harvested from the best single vineyards in the King Valley, near the town of Cheshunt. As is usual in the King Valley, harvest timing was in response to ripeness of flavour and asid balance rather than sugar indicies. Sangiovese was harvested early April with the Cabernet Sauvignon late March.